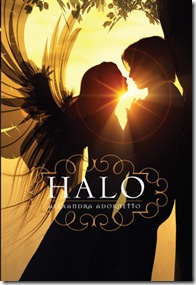 Is love a great enough power against evil?

Three angels are sent down to bring good to the world: Gabriel the warrior; Ivy the healer; and Bethany, a teenage girl who is the least experienced of the trio. But she is the most human, and when she is romantically drawn to a mortal boy, the angels fear she will not be strong enough to save anyone – especially herself…

The three angels come down to earth from heaven to save a small part of the world from evil. They are sent to a small town that doesn’t seem to need to be saved from evil but it’s not long till they discover why they were sent to this small town.

In order to save these people they need to integrate themselves into the community but it’s not so easy to blend in when you look as good as the angels do.

To start with they struggle to make relationships with the local people and to really know what to do while they are here. But soon enough Bethany, who has joined the local secondary school, make friends and starts to live a human life. Starting by getting drunk and having to be taken home by some boy who is kind enough to fake her back to Gabriel and Ivy rather than leaving her there or taking advantage of her.

Ivy soon finds lots of things to do as well; volunteering at different local charities and manages to increase the attendance of young volunteers who may be there to help or may have an ulterior motive of trying to talk to Ivy.

Gabriel becomes the music teacher at the local school which boosts the student body interest in music, just like it did with the volunteering that Ivy is promoting. He finds the job a little stressful but what’s really on his mind is trying to save the town from evil.

Bethany falls for the boy who saved her at the party but the only thing it that their relationship is built on secrets and lies. She can’t tell him the truth about her life even though he is completely honest about himself.

Bethany has found it the easiest to come to the human world though and she loves every moment of being there. She almost doesn’t want to go back whereas Gabriel and Ivy long to be back at home which they miss every moment of every day.

Bethany is like most teenagers who get moved to a new place and have to make new friends at a new school so the first couple of days are hard for her but she finds an inner strength and before she knows what’s happened she’s gained a good circle of friends.